All Things Within; A Discovery of Love is now available in paperback at an introductory price of $12.99!

***Silent Whispers; The Power Within*** (book 2) is now available on Amazon! 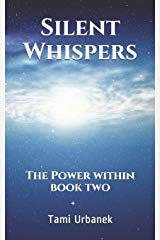 Tami, Tina and Andrea continue their travels seeking, and finding, deceased children who have been tortured through human experiments—and need to cross over. What they were not entirely expecting to encounter were other individuals and their profound control. Fewer children would speak of their human abductors, but instead speak of others—ones who could potentially do even more harm. Along the journey, these three women also encounter beautiful beings of compassion and love who offer a light guiding them to the unseen. Through that, the power within is palpable and abundant.

Read book reviews (both books 1 and 2) on 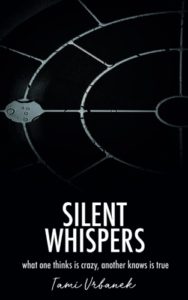 What one thinks is crazy, another knows is true

When Tami Urbanek began working with the public as a medium, she never envisioned how her path would change. Moving beyond working with people’s spirit guides, deceased children began arriving to share their own shocking experiences. These children revealed the horrific torture and government scientific experiments that ultimately led to their death. With a heavy heart, Tami listened to their stories and helped them to feel loved and safe in order to cross over to the other side. Tami, along with two other women, began traveling to different locations, within the United States, to assist deceased children who were caught in a cycle of pain. Little did they know they would eventually begin attracting the attention of extraterrestrials. It became obvious the ETs were also invested in the experiments and they would attempt to thwart the efforts of these three women. Silent Whispers will challenge readers’ belief system and perhaps lead them to question the reality that surrounds them.

Loving Conor; A Clairvoyant’s Memoir on Loving, Bonding and Healing 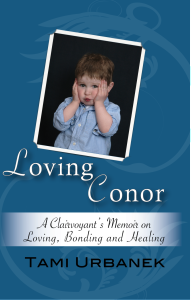 Broke, with a month-old baby, nineteen-year old Tami Urbanek walks away from an abusive marriage only to find herself wallowing in anxiety and confusion, wondering how she will survive.

At the time, she had no idea that the journey in front of her would guide her so far away from financial survival and instead would push her into the realm of healing and spirituality.

As the daughter of an internationally renowned medium, Hossca Harrison, Tami seeks the assistance of her loving parents and a spiritual teacher named Jonah. With their help, she begins to understand herself and her daughter, whose adolescent path of destruction threatens to tear apart their relationship.

As Tami’s own clairvoyant abilities surface, she is challenged with the task of helping not just her daughter, but the child that her sixteen-year daughter is carrying: a child whose painful past life still haunts him and which must be resolved before his birth.

Told with humor, insight and honesty, Tami’s story challenges reader’s minds as it touches their hearts, and when the last page is turned, it is a story not easily forgotten.